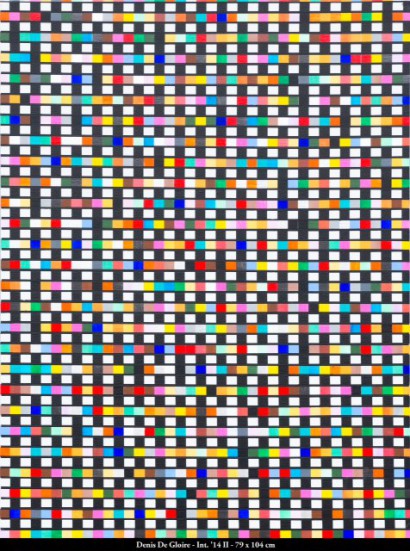 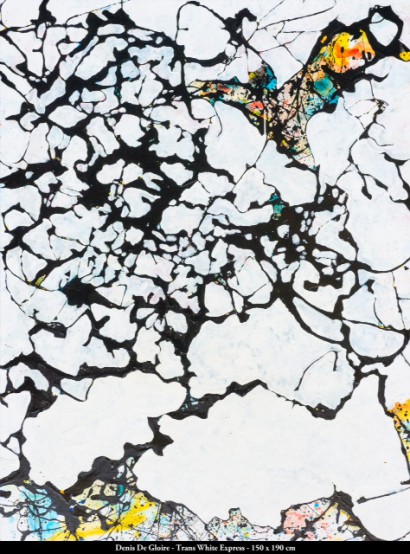 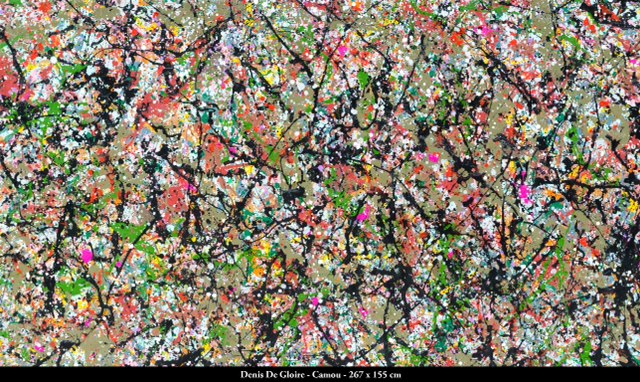 De Gloire shows in his work geomitrics and action. He gets his inspiration from his great examples like Mark Rothko, Mimmo Rotella, Joan Mitchell, Daniel Buren, and off course the drippings of Jackson Pollock.

We will show different types of his work, and we will go beyond the famous “Denis De Gloire does Jackson Pollock”. Because all of Denis work is absolutely worth showing.